Born and raised in Rome, Italy, Anna Colivicchi is an NCTJ-qualified journalist and writer based in the UK. A graduate of the University of Warwick's Writing Programme, she writes about public affairs, health and food. 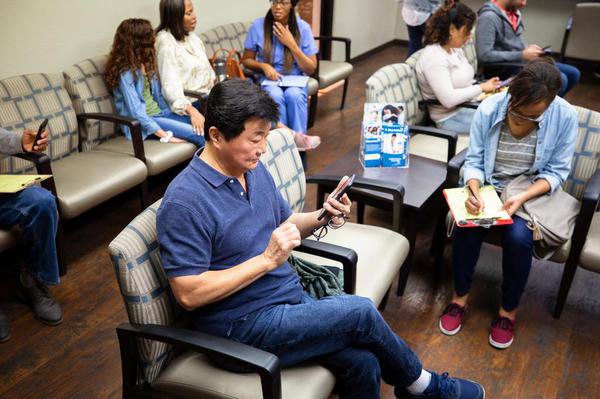 GPs in some parts of Scotland have been asked to only see urgent and emergency patients to help ease ‘unprecedented levels’ of pressure on the NHS. On Tuesday (10 January) health secretary Humza Yousaf said that ‘this is the single most challenging winter that the NHS in Scotland has ever faced’, and announced that guidance had been issued to all health boards, outlining that they can take necessary steps to protect their patients, staff and services. 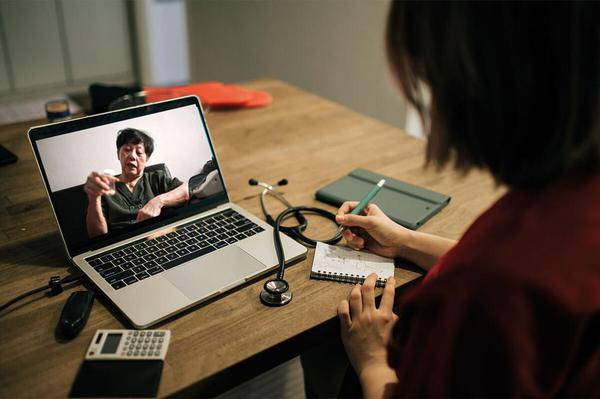 GPs are urging the Government to put in place ‘radical’ solutions to ease pressure on general practice and urgent care, such as purchasing remote care from abroad. The Government yesterday announced its plans to tackle increased pressures – that it linked to a record flu season and Covid backlogs – via additional funding for early discharge services and the setting up of modular hubs outside A&E departments. 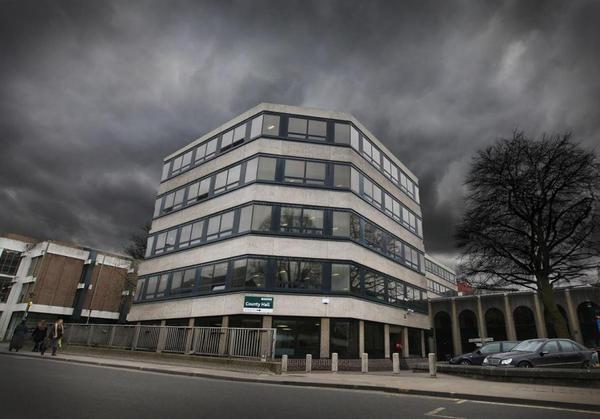 PEOPLE living in Oxfordshire could face a significant rise in council tax, as the county council is making plans to fill a £44 million funding shortfall. Last month Oxfordshire County Council, which is run by a Lib-Dem, Green and Labour alliance, warned this winter will bring ‘major pressures’, particularly on social care. The council said that all local authorities faced ‘significant increases in inflation’ that are driving up costs and price increases in energy, fuel and materials. 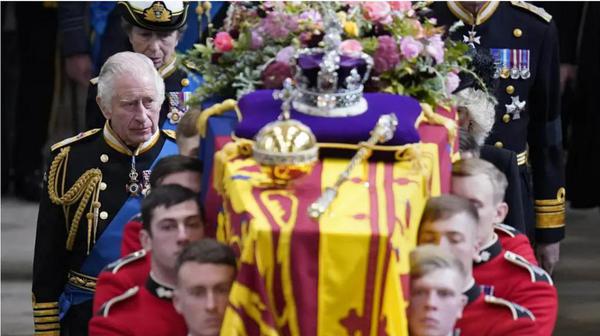 I joined the crowd at Buckingham Palace on the day of the Queen's funeral: Here's what I saw

ON one of the most historic days we will ever see, I joined the crowd at Buckingham Palace, where thousands of people waited in silence to catch a glimpse of the Queen’s coffin on its last journey. The procession was expected to start at 12:15pm, but when I got to Green Park at around 7am, hundreds of people were already making their way towards the Royal residence – some of them had been waiting by the sides of The Mall for hours and even camped there overnight. 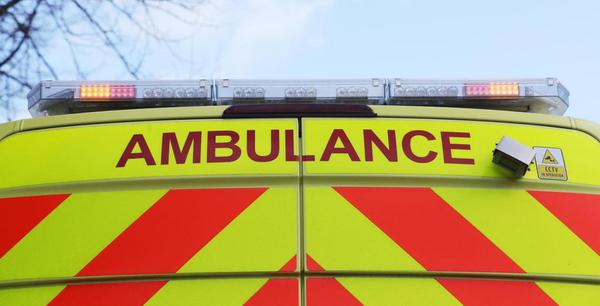 DAMNING new data has revealed that people in Oxfordshire are waiting too long for an ambulance. South Central Ambulance Service (SCAS), which covers Oxfordshire as well as most of the south region, dealt with 3,501 ‘life-threatening’ incidents in May this year. ‘Life-threatening’ is the most serious condition that a patient could be in, and the status is determined by the 999-call handler. 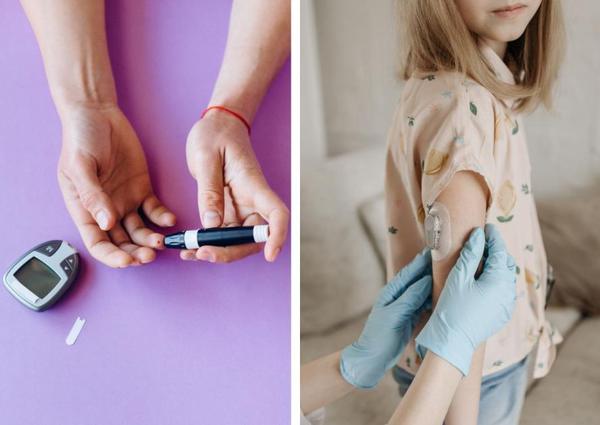 A NEW clinical trial at the Churchill Hospital in Oxford could change the way young people suffering from diabetes are treated and improve their quality of life. In most people with Type 1 diabetes (T1D), the pancreas loses its ability to produce insulin because the immune system mistakenly attacks and destroys the cells producing the hormone. 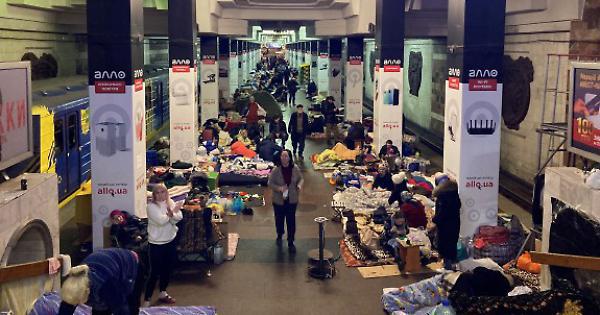 A man from Watlington has spent a month in war-torn Ukraine helping people on the front line. Tom Robinson, 36, works for Heks, a Swiss organisation providing humanitarian assistance around the world for victims of armed conflicts and natural disasters. He has worked in war zones such as Iraq and in 2019 spent six months in Donbas in eastern Ukraine. When Russia invaded on February 24, Mr Robinson spoke to friends and colleagues in the country and decided to go back to help. 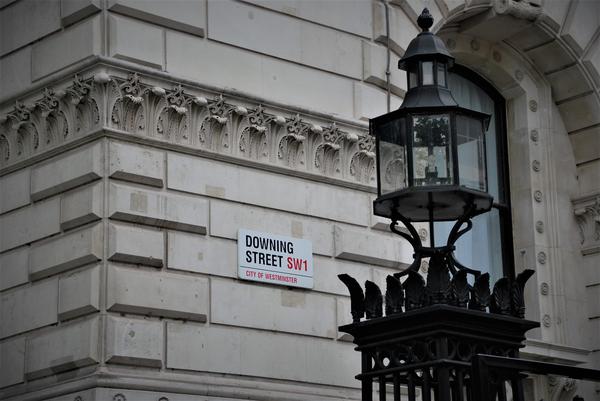 John Howell has refused to comment on the initial findings of an investigation into illegal parties at 10 Downing Street. The Henley MP said it was too early to comment due to the ongoing Met Police investigation into the parties held during the pandemic, which follows call for his predecessor Boris Johnson to resign as Prime Minister. Mr Howell said: “The process is a very long one and I am not going to comment on it as it goes along.” Last month, he told the Henley Standard that he was grateful for the honest comments by constituents on what was a difficult issue and reiterated that he didn’t vote for Mr Johnson to be prime minister at the Tory leadership vote in 2019. 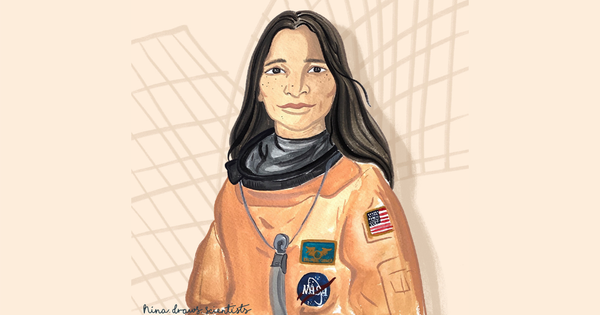 Abuse and deactivation: costs of celebrating women in science on Instagram?

Instagram accounts like ‘How 2 Rob a Bank’ want to teach us more about women in maths and science – yet they face harassment and deactivation. They had tried to engage with the people leaving negative comments on their Instagram posts, but Bia Kazmi, a business and data analyst and co-founder of the Instagram page How 2 Rob a Bank, did not expect their profile would be deactivated after people had reported it. Their crime? Being women who encourage people to use maths in their daily life. 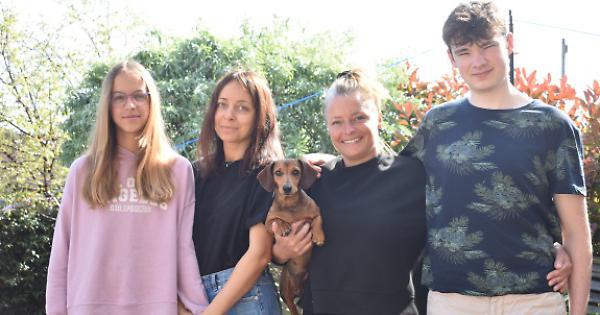 A woman and her daughter who escaped war-torn Ukraine have found a new home in Henley thanks to a musical link. Inna Krasnova, 43, and Eva-Mariia Pavliuk, 13, fled Kyiv as it was attacked by the Russians on February 24. They were on their way to the airport at 5am to go on holiday to Spain when they heard the first explosions. After almost two months spent sleeping in their car and in temporary accommodation in several European countries, they arrived in Henley on Saturday. 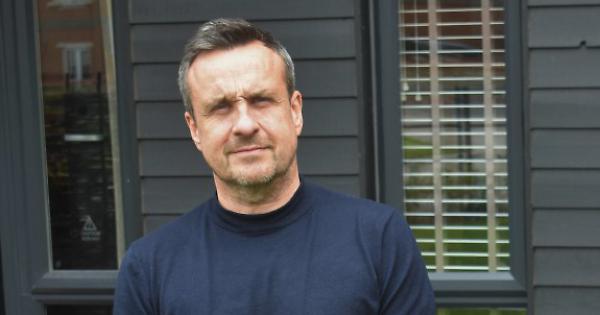 Having covid was worse than cancer, says drug trial patient

Having covid-19 was worse than cancer, says a patient who took part in a drug trial to find a treatment to prevent coronavirus-related deaths. Shaun Rowlands, 55, from Rotherfield Greys, caught the virus in April last year and was offered the trial by his doctor at the Royal Berkshire Hospital in Reading. The father-of-two had been diagnosed with non-Hodgkin lymphoma, a form of blood cancer, in May 2019 and underwent chemotherapy treatment. This meant his immune system was still compromised when the pandemic hit in March last year. 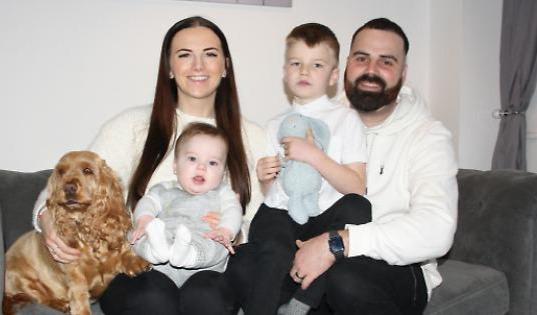 A couple who had a stillborn baby girl are fundraising for a “cuddle cot” to help families enduring the same experience. Jordan and Hannah Greenwood, from Henley, say that having one when they lost their daughter Isabella allowed them to spend precious time with her before she was buried. Now they are raising money so that the Royal Berkshire Hospital in Reading, where Mrs Greenwood gave birth to Isabella, and other hospitals in the area can have more cots for families requiring them. A “cuddle cot” is a machine that helps keep the baby at a cooler temperature for a number of days so that their features don’t change. It can be connected to a bed, cot or Moses basket and enables grieving families to spend more time with their baby before the funeral. 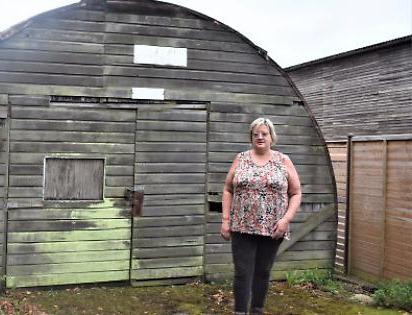 Remains of camp where Poles resettled after war

In the Fifties, there was a cinema in the middle of a woodland in Checkendon... and a swimming pool, school, shop and chapel. Now people come from all over the country to visit the remains of a resettlement camp where hundreds of people once lived. After the Second World War, Checkendon was home to Polish war refugees. There were 228,000 Polish troops in the British army and many were displaced after the conflict, ending up living in huts surrounding the woods and common land at Checkendon as well as at Nettlebed and Kingwood Common. From 1946, they could join the Polish Resettlement Corps, a unit of the army set up to help them prepare for civilian life in Britain. 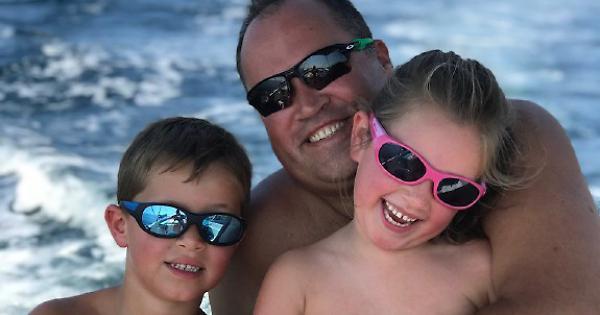 We’ll carry on but can never forget you, dad

The family of a man who died in an accident swam 84 miles for charity in his memory. Brad Visser, 38, suffered a severe brain injury when he fell off his electric skateboard near the family’s home in Main Street, Stoke Row, on July 17 2019. He died at the John Radcliffe Hospital in Oxford 10 days later. To mark the second anniversary of his death, his widow Annie and their children Ozzie, 10, and Chloe, nine, are raising money for Headway, a brain injury charity that would have helped Brad had he survived. Mrs Visser said that while they were paying tribute to her husband, their effort was also about the resilience of the children, who had shown how far they would go to help others. 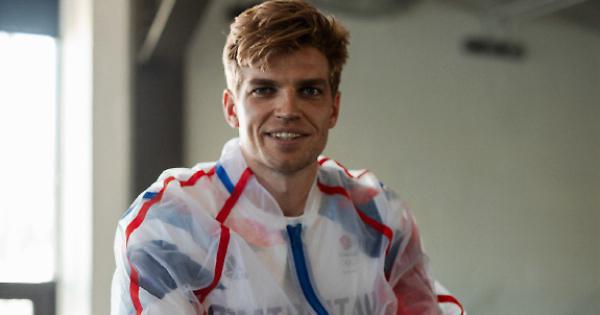 Training is tough but it’s my dream to win gold

Tom George says he has had a love-hate relationship with rowing. He has never really enjoyed the training, preferring instead the thrill of competition on the water. It was this that has kept the Leander Club rower focused on his dream of representing Great Britain at the Olympic Games and he will get to live this in Tokyo, which started this week. Tom, 26, will be in the eight and is one of the favourites to bring home gold after they took home the European title in Italy in April. “I’m really proud to be going to Tokyo,” he says. “It’s the culmination of many years of work that led me here. “Competing at the Olympic Games was something I always wanted to achieve and now I’m enjoying the moment and training as hard as I can to do the best I can.” 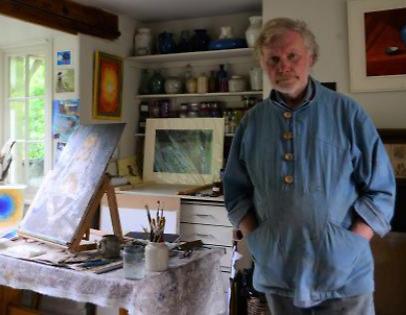 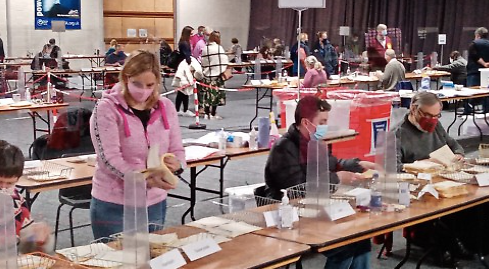 As you were as council elections produce little change

Former Henley mayor Stefan Gawrysiak says he will continue to do his best for the town after being re-elected to Oxfordshire County Council. The Henley Residents Group representative is one of only two independents on the council, which continues to have no party in overall control following the local council elections on Thursday last week. The Conservatives are still the largest party with 22 seats followed by the Liberal Democrats with 21, Labour with 15 and the Greens with three. 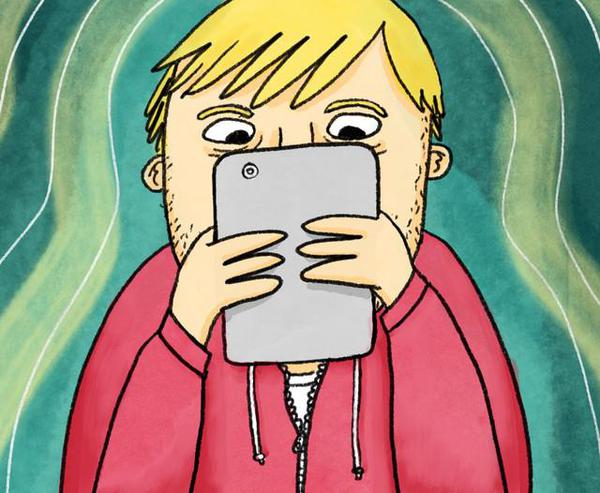 'StudyTube' is a YouTube community that makes videos about education and studying. But its focus on unwavering productivity, perfect morning routines, and elite universities can have a negative impact on creators and viewers. When YouTuber Elena Handtrack received more than 40 abusive messages from a single person during one of her live videos, she felt helpless and almost thought she would quit. “I only started doing YouTube in 2018, when I got into Cambridge,” she explains, “I never really expected the channel to grow, and it didn’t grow much until early this year.” 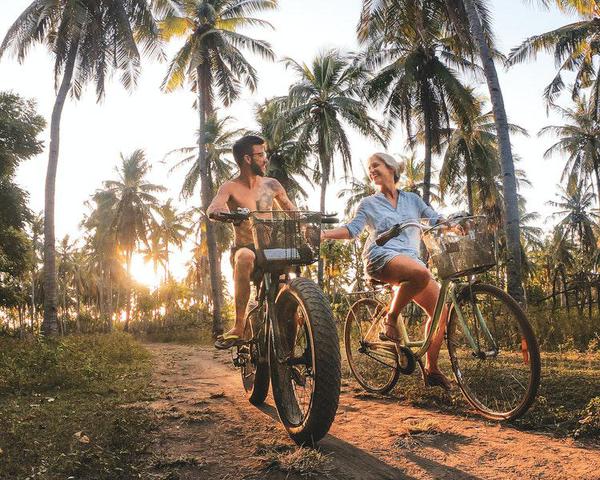 Covid-19 disrupted travel. Can it change it for the better?

When they traveled to Indonesia in 2019, Marco Giustiniani and his girlfriend each packed a light backpack. They also brought along a suitcase full of life-saving drugs. Giustiniani, 30, has cystic fibrosis, a genetic condition that causes a build-up of sticky mucus in his lungs, digestive system and other organs. Without regular treatment —including antibiotics, bronchodilators and steroid medicine — the condition can lead to life-threatening infections or reduced lung function. 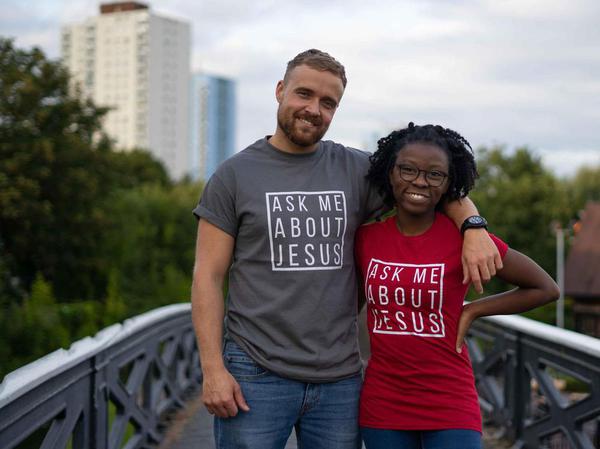 When Laura Jeffers was a little girl, she used to make clothes for her dolls and teddy bears. Her nan taught her how to sew, so she would cut pieces of fabrics from her own clothes and then transform them into something new. “When I was younger, I didn’t really care about what other people were wearing,” she explains, “I just wanted to create."
Load More Articles
Tweets by AnnaColivicchi
Close ✕